The Road To Assisi: The Essential Biography of St. Francis 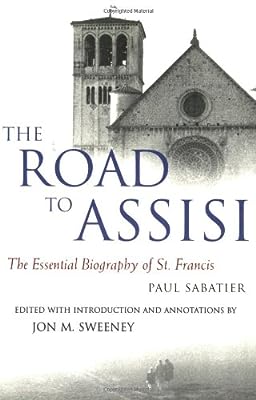 Over a century after its 1894 release, this excellent biography of Francis of Assisi has been re-released with some delicate editing by Jon Sweeny. In his Introduction, Sweeney pays tribute to author Paul Sabatier, making it clear that this biography remains timeless due to the French biographer’s extensive research as well as his ability to capture the true humanity of St. Francis. Sweeney, who is editor-in-chief of Skylight Paths Publishing and the author of The St. Francis Prayer Book, believes that the story of Francis presents an opportunity for personal transformation, and this opportunity is more accessible if readers relate to him as a human being rather than a distant icon. This is why Sweeney so admires Sabatier, who emphasized St. Francis as a flesh-and-blood character. At the same time, Sabatier embraced the many mystical legends surrounding Francis as ways to understand the depths and mystical possibilities of Christian faith. When Sabatier reports the story of Francis seeing a winged seraph and then perceiving on his body “the stigmata of the Chosen One,” he explains that this is not a story that should be subject to literal scrutiny. “Before these soul mysteries, materialists and devotees often demand precision in the things that can least endure it.” Instead he asks readers to use this legend as an opportunity to ponder the possibilities of Christian devotion, much as one would ponder the moment when Jesus took a loaf of bread and asked the disciples to eat of his body. One of the highlights of this new edition is Jon Sweeney’s sidebar commentary, which adds a satisfying layer of depth and richness to Sabatier’s text. Sweeney also includes an index, glossary of terms and list of recommended reading.

Lives of the Saints You Should Know On the Road with Francis of Assisi – A Timeless Journey Through Umbria and Tuscany, and Beyond