The Siren and Selected Writings 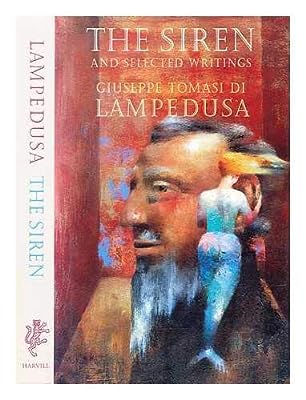 Talk about a late bloomer: Lampedusa (1896-1957) generated nearly all of his literary work during the last 30 months of his life-including two short stories, an opening chapter to a novel, some informal literary essays and his classic historical novel of Sicily, The Leopard. Restored from posthumous editing, the long, multipart essay “Places of My Infancy” impressionistically catalogues the author’s lush memories of an aristocratic, isolated Sicilian childhood. Lampedusa displays an evocative attachment to houses, especially the ornate palace of Santa Margherita, with 300 rooms for 12 people. The fiction here makes for tantalizing contrasts: there’s a long, sensual fantasy, “The Professor and the Siren,” the short, poignant “Joy and the Law” and a mordant tale of a rising peasant family’s landgrabs, “The Blind Kittens.” The collection also includes captivating excerpts from Lampedusa’s seminars in English and French literature, which reveal his autodidactic adoration of Shakespeare and Dickens and a technical appreciation of his master, Stendhal. These disparate, imperfect remains of the author’s brief and truncated career form a pleasant if rickety loggia to his palatial The Leopard.