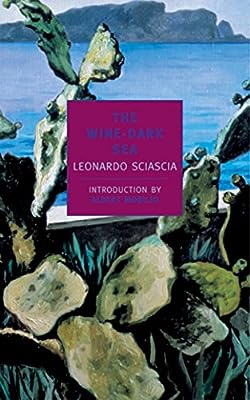 A novelist, polemicist, occasional politician, and perennial nominee for the Nobel Prize, Leonardo Sciascia died in 1989. He left behind a formidable array of books, all of which revolve around the hallucinatory realities of Sicilian life. But the stories collected in The Wine-Dark Sea may be the best introduction to his work. They offer a kind of capsule history of Sicily, ranging through several hundred years and engaging the country’s events from their exhilarating and terrible underside. A good comparison might be the naif’s-eye view of Waterloo that Stendhal creates in The Charterhouse of Parma. (Sciascia recalls Stendhal in other ways, too; he shares the same adamant clarity, the same bone-dry wit, which may explain why he’s always been a hard sell in the United States.) These tales all have a certain riddling quality, whether they’re recounting a nugget of Sicilian history or staging one of Sciascia’s many comedies of ironic disillusionment. Included among the latter are “The Long Crossing,” in which an assortment of Sicilian immigrants are disbursed of their life savings and put ashore not in the New World but back on their own island. There’s also the superb title story, about the bottomless chasm separating Sicilians and outsiders, bridged only temporarily by a group of strangers traveling from Rome to Agrigento. “Philology,” the closest thing to a classic Pirandellian exercise, lets us eavesdrop on two mafiosi cramming for an upcoming session with a Commission of Enquiry. The subject: how to answer the question “What is the Mafia?” They consult a battery of dictionaries, arguing about the merits of various definitions and etymologies. At the end, the superior of the two adds his own footnote to the scholarship:

And we know that the thing itself, the association, was already in existence by the fact (this is my addition) that the mafiosi imprisoned in the Vicaria issued a directive in 1860 addressed to their friends outside, advising them to behave well and not commit such crimes as theft, rape and murder that the Bourbons could use … against the Garibaldi revolution.

This enlightened thug concludes his history lesson with a general point: “Culture, my friend, is a wonderful thing.” So too is fiction, at least in Sciascia’s hands. He offers little in the way of certainty, but his questions, posed with deadly accuracy, are worth the answers of a dozen other authors.