Under the Southern Sun: Stories of the Real Italy and the Americans It Created 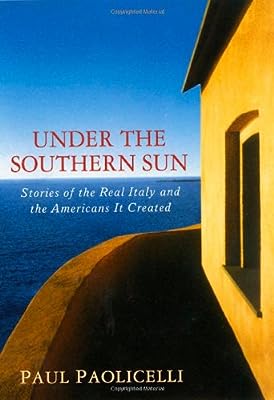 Like many Americans who identify with cultural hyphenation, Italian-American Paolicelli (Dances with Luigi) has a strong desire to explore his heritage through numerous visits to his grandparents’ native southern Italy. What he discovers is much more than traces of his own family tree; it’s an obliterated history, hidden by prejudice and bias. According to Paolicelli, northerners have looked down on the southerners as illiterate, unskilled laborers and considered their dialects to be inferior to the “proper” Italian spoken in the north. The region, however, contains some of Europe’s oldest cities (e.g., Matera, in Basilicata, dates back more than 7,000 years) and has produced many successful Italian-Americans, including Jimmy Durante and Mario Cuomo. Paolicelli also writes about less proud moments in the south’s history, such as Ferramonti, a Calabrian concentration camp where Italian and foreign Jews were imprisoned with other “enemies of the state.” “Unlike their German counterparts, the Italians… had no anti-Semitic beliefs, no taste or liking for the situation and, in fact, took steps to make the camp as tolerable as possible for all involved.” Paolicelli’s history is a patchwork of conversations, legends and research. His zeal for the stories he hears is evident in his enthusiastic and easy-to-read prose. The larger narrative, however, is a bit choppy. His numerous visits and lack of chronology make the book more of an account of his personal journey than a serious journalistic pursuit.